In part 2 I wish to create a project that combines my interest in music with the Arduino software. After researching and sourcing inspiration from existing audio based projects on the Arduino website, I found that there are existing projects that create a crude musical keyboard by using speakers attached their respective resistors that when a button is pressed generate different ‘notes’. 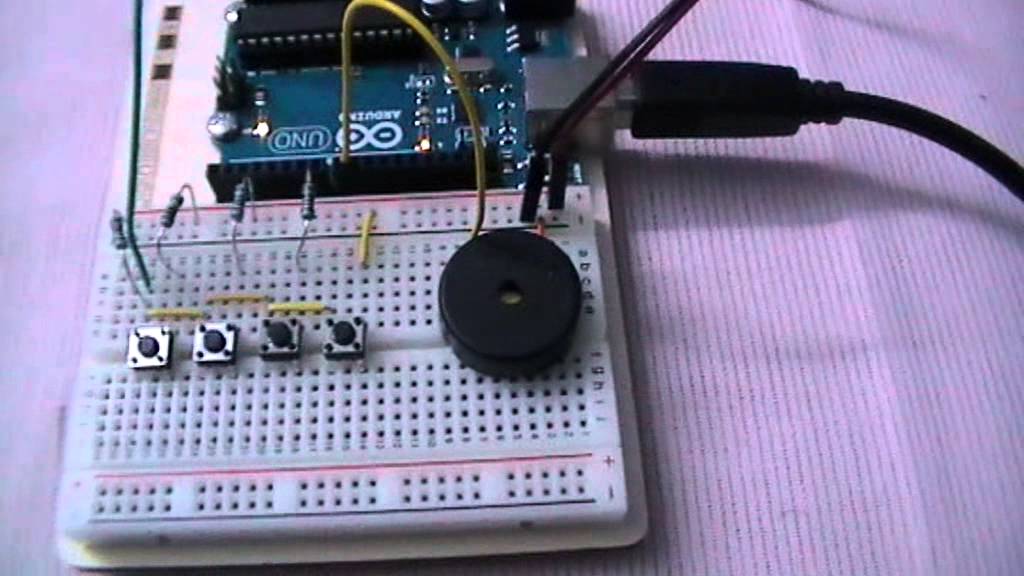 This has inspired me to create my own keyboard with the aim of it being interesting and enjoyable to interact with as well as being well designed and aesthetically pleasing. In this project I will also explore the potential of using different inputs/outputs. Such as the potential for a colour detector or for the keyboard to have a light or movement output. This week we have continued to develop our project, we expanded our initial exploration into how snakes react to noise and the way in which snakes move and looked into the movements of other creatures such as millipedes and caterpillars. We produced a concept of how a caterpillar movement can be replicated using an automated mechanism that reacts to light.

In class we continued to explore circuitry and applied to complex codes and circuit boards using the Arduino software. We were introduced to a potentiometer, a voltage divider used for measuring electric potential and were able to see the effects of increasing or decreasing the voltage by turning the dial. We also used a LDR (Light Dependent Resistor), a device that is has varying resistance that depends on light intensity. We explored the potential of using this LDR in a night light and how multiple LED’s can be used in a circuit.