In the final week of building our model we fitted the arduino board onto the base. Above the board we fitted the motors and fixed the pulleys onto them (see below).

The range sensor was fitted to the lid, then the Plexiglas stem was added so we could loop the nylon cords into the mechanism. We tensioned the cords and glued on the petals and the rose head. We used a turned over vase for the cover and a veneer to seal the base. Below is the completed model.

We also produced a flowchart of our code, setting up the stepper motors and range sensor, then activating the motors whenever the sensor detects an object within 10cm.

In term of future plans for this project, we would like to have a speaker play a tune of some sort when the motors were activated (image below show parts we would use for this – a module with an SD card reader, in which the SD card would contain the music). We would also have added more motors to increase the number of falling petals, and refined the pulley system to make them fall more seamlessly.

Despite these potential improvements we are very pleased with the outcome of our project. The code works as intended and the quality of the model is very good, giving the user experience that we hoped to achieve.

Below is the final code and Fritzing diagram of the project.

The other tab contains the default stepper motor library, powering the magnets which allow the motors to rotate.

This week we managed to have our code working with the HC-SR04 Ultrasonic Range Sensor as the input.

The way it works: The sensor converts the time it takes to send and receive signals into distance – if it detects an object at a distance within 10cm of itself, it activates the stepper motors. The motors move the petals down, then up, completing one full cycle. If this object is still within 10cm of the sensor once the movement is finished, the motors repeat. If the object is no longer there, the motors stop. See flowchart below:

Here is a video of the working mechanism, not yet attached to a model:

We will use this next week to build the model and mechanism for the final piece, fitting the electronics into a wooden base with the pulleys running through the Plexiglas stem (see below for diagram).

We attempted to incorporate a speaker to the mechanism, which would cause a tune to play whenever it was activated. However, tests ran with this speaker were not very successful due to the sound quality being very poor (and having to input each note manually). We looked into purchasing an SD card reading speaker that would play a full song imported onto a card, however delivery times meant it would not have arrived until after the project deadline.

We modified the pulley system to run through the stem of the flower, rather than wrapping it over exposed rods. We achieved this using a hollow Plexiglas tube, cutting ridges into the top for the nylon string to run over.

We also added an extra petal to each pulley, giving a more impressive appearance to the model.

We attempted to build a full scale sketch model of our final model, attaching a second stepper motor with petals that moved on the opposite side to the first model:

An issue we realised is that as we add more motors to the circuit, it requires more and more power thus making the motors over-strained, giving the motors only half the power but causing them to put out more heat (and adding more motors would only make the model hazardous). We may reduce the number of motors to 3 or even 2, depending on whether or not we can solve this issue.

We purchased a HC-SR04 Ultrasonic Range Sensor which we intend to use as the input for our mechanism.
Below is a test code, printing the readout from the sensor in centimetres:

For the rest of the week we plan on gathering materials to begin building the final model, as well as looking at the final code with the HC-SR04.

We took more care into our model design, planning out how we’ll be attaching the pulleys and nylon string to the flower and base. We’re currently considering crossing metal rods through the flower head and attaching a ring around the outside to act as a pivot for the nylon, while a plastic pulley moves underneath the base to move the mechanism (using double sided tape to give friction to the pulley):

We built another sketch model using a metal stem and paper petals, showing the movement of one petal ‘falling’. This model did not work particularly well due to poor grip of the string on the pulley:

We had a number of parts we needed for our final model arrive, in particular the fake flowers, pulleys and nylon string. We recreated the same model as before with the new parts that worked significantly better (mostly due to the grip of the pulleys and using correct dimensions):

In the next session we plan to have developed our model further by adding more petal animations (thus more pulleys) and using an ultrasonic range sensor for the input as opposed to the light sensor (see image below). 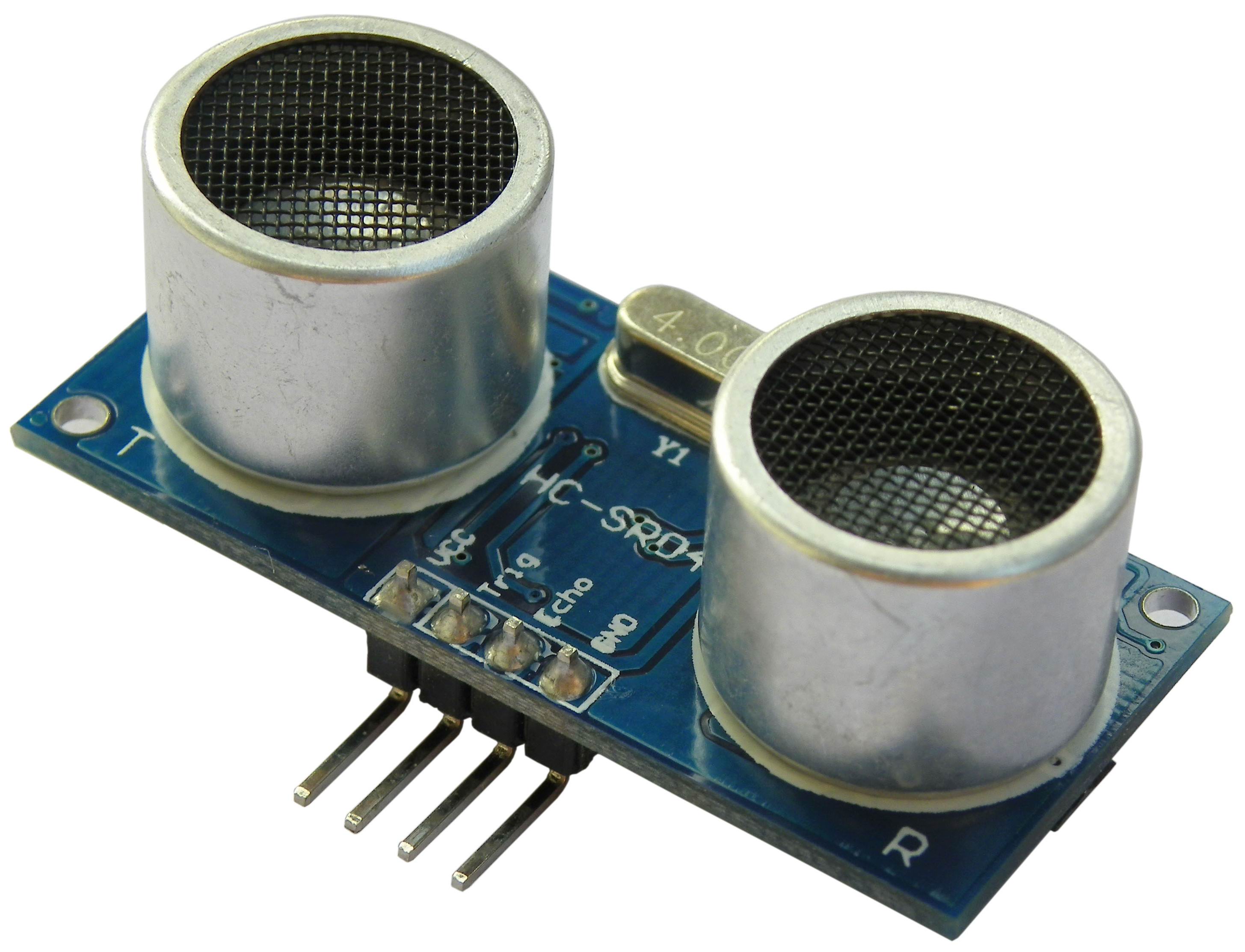 For the new project we decided to develop and improve our ideas from the previous task. We both had similar concepts: using a sensory input to open and close a flower-like mechanism; the difference being that Charlie B’s used a light sensor whereas Charlie C’ s used a temperature sensor.

We plan on using a light sensor to control movement of one or more stepper motors, choosing a light sensor over temperature sensor as Charlie B found less issues with his coding. To improve on the previous project we may use more than one stepper motors, as well as greatly improving the aesthetics and functionality of the visual model. As we already have a mostly working code we should be able to have it ready quickly so to give us more time to work on the mechanism itself.

Our final week of the project had us finishing our model and code to present to the class. We had run into some issues trying to get the temperature sensor working with the step motor, which resulted in a number of changes in the end product.

Our step motor had to have it’s entire library code placed into a separate tab to the main code where some parts had been tweaked to suit us. Also, our temperature sensor seemed to give inaccurate readings whenever we altered where change would be detected (for example, whenever it went past 10 degrees).

We decided to have our motor react whenever we turned a potentiometer past a certain point, thus using the potentiometer instead of the temperature sensor as the input.

The model itself uses a worm gear attached to the motor that moves two other gears to open the leaves – a flower was attached on top for added visual and emotional appeal.

Below is a video of the end product in motion.

Originally we were considering using a servo to move the sculpture, however, after researching this method, we discovered that not only will the servo not do the amount of rotations that we need (3) that to gear it to make it rotate the desired amount we will lose some torque. After using the sculpture a few times I do not believe I will get the forces required to move it by gearing the servo. Because of this we will look into using a stepper motor.

We also discovered that the thermistor can have unreliable readings ranging between 4 degrees C. Because of this we will need to ensure that we take a reading over 5-10 seconds and then use the average temperature. We will also be making a sound using a piezo buzzer whenever the sculpture moves.

What we’ve considered using instead is ferrofluid and electromagnets (as seen in the header image). Exploring methods of coding for electromagnets, we’ve realised that we may need more power than Arduino is able to put out – thus we’d need either a large battery or a mains connection to ensure our device is getting enough power (see link below).

With exploring how we could create an opening and closing part to express the temperature, we looked at a few ways of doing this. First was using muscle wire which contracts when an electric current is run through it (see left image as an example of muscle wire in a product). However, this would only contract by 5% and would be hard to keep stationary as the temperature levels off.

The second way was thinking of how we could use a motor to move gears to create the required movement. Kyrie had done a project of a similar nature for mechanics last year so we could use the same design (see below image).

One last thought was how we could use an electromagnet to move ferrofluid or iron filings into a desired shape. We were particularly inspired by watching this video on how you could create a moving sculpture of ferrofluid:

Kyrie also considered how she could make her own ferrofluid using printer ink and oil and making a more simplified design that involves a pool of the liquid and an electromagnet underneath to create a spiked design.